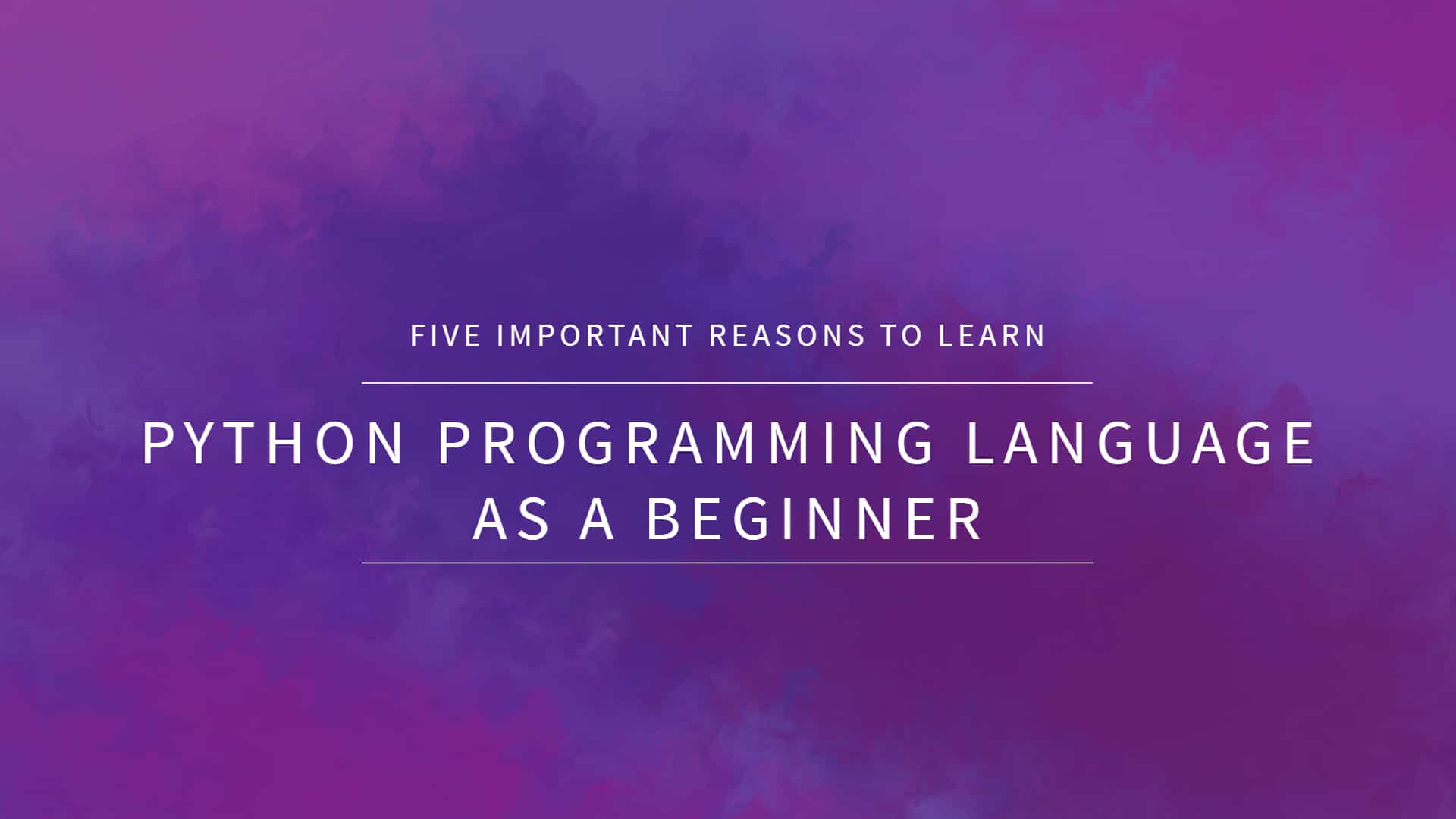 Python is a high-level programming language and open-source software that is widely used in many programming languages. Due to its dynamic nature and diversified usage, it is known as the most powerful language. The concepts in the pythons are easy to learn because of the very simple syntax used. YouTube is the most popular search engine and also in dropbox, the python language is used to design, which actually creates a great demand in the market for a person to learn this particular language. Getting trained in python actually helps to enhance your career in the IT industry. The learn python 3 through online mode will help you to fetch more opportunities in the software field by helping you to land in a perfect job.

Python programming language as a beginner

As an individual, if you don’t have an idea about these python courses, yes you too have certain courses to have a basic understanding of this language and the wide areas where you can efficiently incorporate this programming language. Most of the python courses available in the market are aimed at people who have already possessed knowledge about this particular programming language. Only a few help you to learn python programming online in an easier manner. All of them won’t provide materials of great understanding ability and also comparatively for a good package. So as a beginner if you are really interested to obtain a certification, then it is equally important to do market research on these data before you actually jump into a training session.

In online you may actually come across many websites in which it is mentioned that you can learn python in 10 days all of these websites literally claim to have some titles in that and there is no in-depth explanation of the concept. Some may be good, try to analyse the feedback about the courses, and read their reviews before you actually jump into online learning.

As a beginner, it is equally important to check the affordability of the course. Most of these online courses will be affordable while compared to the other modes of learning python programming. Analysing properly in the market should be done as a beginner to understand the course value and the best certification you can obtain in this particular language to improve your career in the IT sector.

Object-oriented programming is commonly known as OOP. As said earlier python is the most powerful programming language which has an OOPs concept, which actually allows creating data structures and reusability. The concept of reusability helps a lot in maintaining efficiency by reducing a lot of time in developing a particular module, which is the most important factor.

The usage of simple syntax really helps to understand this language in an easier way. For those who are really interested to learn this language, this syntax would be very simple to learn and easily implement in the programming. Many think that learn python the hard way but that is not the truth. You can actually go through that to obtain a basic understanding of this particular language. Apart from its easy usage through syntax, these python programming can also be used as a prototype after testing the code it can be used in other programming languages too.

Many would have a question in their mind if we say that python is an open-source, what does that actually mean. A software which is said to be an open-source programming language, it can be used free of cost and allows unrestricted usage. It can be modified, redesigned, and used for a commercial purpose. Even it has a license to avail of free support. Another one is called CPython which is the most used one in the operating systems while implementing this python programming language. Due to its robust nature and portable capabilities, it becomes the most widely used programming language.

Due to its wide range of usage, this python programming language can be executed in the major OS such as Microsoft Windows, Linux, UNIX, Mac and etc. Due to its robust nature, it provides a wide opportunity and best experience to work with any kind of OS.

As a beginner, if you are fond of learning a programming language then it is good for you to learn python since it has a wide market opportunity due to its dynamic nature and robust future. It can be easily integrated with other languages. It is easy for a fresher to analyze and implement the concept due to the simple syntax used. Due to it’s oops concept and open source availability makes it a good opportunity for many to take up this language, learn and modify according to their conceptualization. But choosing the right online courses also matters a lot in making you an expert in this python language, not only an expert, a person with increased interest to learn the language more deeply. Do a proper market analysis and choose your online training course to become an expert python programmer.